INTERVIEW FROM THE BOOK "SO YOU WANNA SING IN GERMANY"! 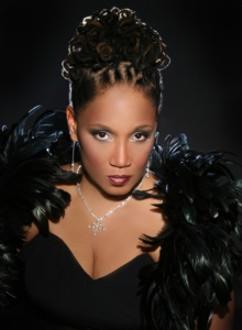 The New York born soprano, JANICE DIXON attended the Aaron Copland School of Music where she completed studies in voice, piano and violin. After performing with renowned Orchestras, "New York Philharmonic"and "American Symphony" and"in venues such as "Carnegie Hall",Alice Tully Hall, Ms. Dixon embarked upon an extensive tour performing the role of Bess in George Gershwin's "Porgy and Bess" which included not only the Continent of America, but also Australia, "Spoleto Festival" in Paris, Netherlands, Switzerland and London. It was this role that brought her to "Theater des Westens" in Berlin, Germany in which she celebrated her first of many successes in the extraordinarily well received production under the direction of Prof. Götz Friedrich.

In addition to an illustrious operatic career, Ms. Dixon is very comfortable as well in the forms of Art Song and Oratorio. She has appeared in concerts with the" Collegiate Chorale", "Cleveland Symphony Orchestra", "Virginia Symphony","Scottish Chamber Orchestra, "Berlin Philharmonic Orchestra" and "Cologne Philharmonic" and has sung in such venues among others, as "Festspielhaus Baden-Baden", "Alten Oper Franfurt" and "Concertgebouw" Amsterdam.